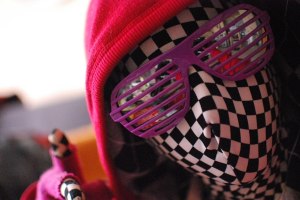 In July of this year, a former friend of mine who is an RCMP officer was exposed on national news as a practitioner of BDSM who had starred in his very own erotica. Unfortunately, he was also erroneously identified as the male component of a series of photos I can only reasonably describe as pseudo-snuff, which bear a chilling resemblance to the last moments on Earth faced by 49 women at the hands of serial murderer Robert Pickton — this was stated as an objective observation by journalists from two separate national media outlets, which both accused the RCMP officer of having some unspecified part in the serial murder spree (which was extended for nearly three years due to apathy and incompetence on the part of investigators in two separate jurisdictions, including his, because a marked majority of the victims were Aboriginal females engaging in sex work and illicit drug use). One of the journalists actually seems to have fabricated an even more sensational description of the photos as well. Turns out they were all duped by a single man whose hobbies include cyber-stalking, compulsive lying, and creative fiction writing in the form of letters to the media, RCMP, blog writers, and the lawyer who represented many of the grieving families of the serial murderer’s victims.

When the story first appeared in national news, I wrote a blog entry about what it was actually like to be this RCMP officer’s friend (spoiler: it’ll give any rational person at least one case of goosebumps). I criticized the photographer and models in the pseudo-snuff photos that were aired on national news, for attempting to eroticize violence against women. I also criticized the rest of the community for pretending this was not exactly what was intended when the male model took a fistful of the female model’s hair, bringing her to her knees in front of him, and held a large knife against her throat as she gazed up at him in terror. I didn’t know that my former friend was not the male model until I received a phone call that triggered a whole other past trauma (which I’ve since reported to RCMP), from the man in the photos. RCMP had found my first blog post within days, written an internal memo about it, and started monitoring my blog. They came to my home and I gave a two-and-a-half-hour statement about every detail I could summon from the depths of my memory. I took a look at the online space I used to share with this RCMP officer, which was named in the news stories, and was shocked to see hundreds of people convincing each other that there was no crime, therefore no criminal investigation.

I tried to assert that there was, in fact, multiple simultaneous investigations going on into this man (i.e., code of conduct investigations, what amounts to behavioural profiling, and investigations into the accusations linking him to multiple heinous crimes). I was met with personal attacks about my mental capacities and have been repeatedly libeled on both the website and on Twitter by a prominent business woman who thinks it’s her job to tell everyone I’m some sort of crazy person who is a threat to myself and others. I was also contacted by the man who, unbeknownst to me at the time, was solely responsible for setting this entire scandal in motion. He left extremely serious accusations against the RCMP officer on my blog (which have since been falsified) and emailed even more to me (all of which triggered my past trauma, but have all turned out to be blatant lies). I kept it a secret because he was pretending to speak on behalf of 500 dissident members of the RCMP, while claiming to be a former member himself. Over time, I have figured out who both the models in the pseudo-snuff are, and who the photographer was, and that I knew all of them. Not one of them has yet conceded that the photos they produced are pseudo-snuff, or that they are reminiscent of Canada’s most notorious serial murderer.

The RCMP officer who was so seriously libeled is now suing the lawyer who represented many of the victims’ families, the compulsive liar who was emailing and writing letters to so many people with false accusations, and two accomplices. The plaintiff’s lawyer claims that this may be the biggest privacy violation suit in Canadian history, with damages estimated in the hundreds of thousands of dollars. Meanwhile, the online blog of the 500 dissident RCMP officers turned out to be real, and not just the work of one very busy compulsive liar, and though it was censored within the first 24 hours because it originally contained libel against multiple members (but especially against that one in particular), it has since been re-published without the defamatory content and remains open to the public.

Now back to this barrier in getting through to thousands of people that there actually was not one, but many, criminal investigations. Nothing grated against me through this whole thing as much as out-right denial that there were any investigations taking place at all, despite the fact that the man had been accused of playing a critical role in a serial murder spree. Because this community was suddenly concerned about the possibility of legitimate threats to individual privacy, thousands of people talked each other out of cooperating with authorities during a murder investigation. And not just one investigation, either. Until some time after contacting me, authorities had yet to determine whether or not the female model in the pseudo-snuff images was even still alive. Any form of dissent was silenced, dissenters attacked, and opportunities for further contact terminated. But equally infuriating is the continued denial that racial privilege on the part of this community, which is almost completely composed of white people, has anything to do with what happened. To deflect attention from that problem, this community continues to co-opt the very concept of outing an LGBTQ for their own false claims of oppression, of which they claim this one (straight, cisgendered) man’s experience is evidence.

It is absolutely astounding to me that this victim-envying community is so hell-bent on avoiding any acknowledgement of wrong-doing, poor judgment, ignorance, or racial privilege, that they are actually prioritizing the issue of self-manufactured threats to their privacy, the very meaning of consent, and “kink-shaming” over the issue of very deeply offending the grieving families of the 49 victims through their collectively maintained ignorance. One can’t even say “But what about the consent of the victims’ families?” or “But what about the consent of the tax-payers who are now going to be slapped with the bill for three separate RCMP detachments to investigate all the accusations and leads that emerged while this entire community talked each other out of cooperating?” without being accused of being totally apathetic to the issue of this one RCMP officer’s right to spank behind closed doors with the expectation of privacy. Welcome, groupthink. I see you’ve been making yourself comfortable since early July.

Here’s the thing: I know readers of this blog will get what’s going on here, and will get that a number of things that went sideways through this entire series of events were just wrong from the get-go. But while this was all going on, I started to think deep about atheists claiming to be an oppressed group, using LGBTQ oppression as an analogy for bad things that happen when atheists experience conflict or are even met with damaging perceptions in mass media. When I’ve challenged this decision with individual atheists, I’ve been met with the exact same kind of hostility that has been leveled against me by the group I’ve spent most of this blog entry describing. But I actually am a queer and a trans* person, and virtually every atheist or kinkster who claims to be oppressed is straight, white, and cisgendered. The marked majority of those voices are also male. If you wouldn’t claim that atheist “oppression” is analogous to conditions of racial segregation prior to the Civil Rights Movement in the United States (and don’t you dare try that one with me), then keep your hands off the collective history of LGBTQ generations before me and my day-to-day life in the present. Every time you insist on doing that, it makes me think of groupthinkers talking each other out of cooperating with police when they knew there was no crime and could prove it.

I can’t even begin to form an adequate gesture of how viscerally offended I am by the comparison, as I think about women like CeCe McDonald (currently sitting in prison for the crime of successfully defending her life when someone tried to kill her for being trans*) being compared to prominent atheists who are, for example, sitting atop heaps of cash for defending racial profiling. Cut it out (and please read that if you or someone you have observed makes this totally ignorant comparison). I’m begging you.